I spent three days last week traveling to and from Cannock in Staffordshire, a round trip of well over a hundred miles, to sit in the cold and the wet and bite my fingernails to the quick. A strange hobby you might think, but each to their own I say. Mrs Oz spent four days doing the same – three with me and an additional one as designated taxi driver prior to this. 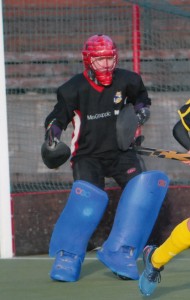 The reason I didn’t just stay at home and bite my nails in the warm and the dry was that I was watching my younger son play hockey. Nothing unusual there, apart from the frequency and the fact that I wasn’t also playing, despite not having any match-preventing injuries at the moment (see ‘Fit for nothing‘).

My son – I’ll call him Fred, because he’d almost certainly be uncomfortable with me using his real name. It’s not a bad name, I hasten to add, and it’s much more preferable than Steed, which, for reasons known only to himself, he says he’d prefer to have been called (apologies to anyone called Steed who might be reading this – I’ve nothing against the name per se, but Steed Osborne? I think not). I thought about referring to him as Little Oz, but given that he’s about six inches taller than me, that’s a bit of a misnomer. I was called Little Oz myself when I was at school but that was because I was, well, little really.

But I digress. Fred was playing in the England Hockey Futures Cup, which is a competition between the four regions that collectively make up England, at least from England Hockey’s viewpoint.

He’s been playing hockey at regional level for a couple of years now and the Futures Cup is the culmination of the under 16 (his age group) and under 18 regional activity. As the name suggests, it’s a cup competition but, more importantly, it’s the means of qualification to the National Age Group Squads. So there’s a lot riding on it.

Fred recently qualified as one of only two goalkeepers to go through from the Midlands region, putting him amongst the top eight ‘keepers in the country in his age group. Two goalkeepers will be selected from the Futures Cup squads to represent England as part of the under-16 National Age Group Squad. How exciting is that? 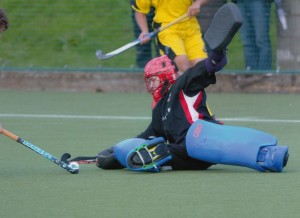 As you can imagine, it was more than a little stressful to watch, hence the nail-biting. Give me a presentation to a roomful of people any day! But, trying desperately to look at it impartially, I think he acquitted himself pretty well and I reckon he did at least as well as any of the other ‘keepers I saw. And his team won the cup with three wins out of three, which was no mean feat.

So now we’re in the lap of the Gods, waiting to hear whether he’ll progress any further this year.

At which point I’ll turn my attention to highlighting some parallels with business continuity management, as there are a few things that the experience made me think about in this respect :

1. Commitment : Fred wouldn’t have got anywhere near his current level of capability without a significant amount of commitment from himself and those around him (including, it has to be said, the Ozcabs taxi service, aka Mrs Oz). And nor will your business continuity programme, where the commitment needs to come from senior management as well as those actually doing the work.

3. Training and preparation : Those hours spent on the practice ground, laying the foundations and honing his skills are now paying off. Practice makes perfect, as they say. You don’t develop a capability by just reading about it, or by just writing it down.

3. Being able to perform on the day : You can train as much as you like and talk tactics ’til you’re blue in the face, but you need to be able to deliver the goods when it really counts, when the pressure’s on. Which brings us back to that little word I use so often – capability. 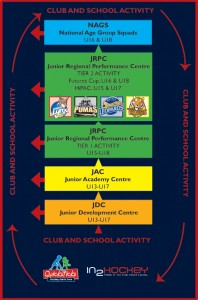 4. Acronyms and jargon : I’ll spare you the list but the world of England Hockey is full of them, and they confuse the heck out of me. As I’m sure the business continuity world’s various acronyms, abbreviations and jargon confuse people who live in the real world. Please, speak English! Unless, of course, English isn’t your first language, in which case feel free to speak another language of your choice – as long as it doesn’t have its own version of BIA or RTO or whatever (see ‘The language barrier’).

5. Testing : The time to find out that your supposedly waterproof trousers actually aren’t isn’t when you’re sat in the pouring rain!

I’m still biting my nails – which is, I have to say, quite difficult with your fingers crossed – while we nervously wait for news of whether Fred’s been selected for the England squad or not. We hope to hear in the next few days, otherwise I’ll have to start on Mrs Oz’s nails as mine are nearly gone.

To end on a serious note, it probably goes without saying that, whatever happens in terms of selection, I’m immensely proud of my son’s achievement. But I’ll say it anyway. Because I am.

Related articles : ‘Top down, bottom up‘; ‘Joining forces‘; ‘Fortune favours the prepared‘; ‘It’s not big and it’s not clever!‘