(Bitten to) death in Venice 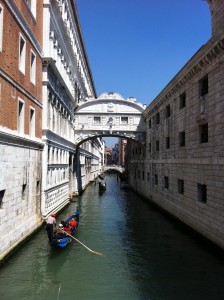 My favourite Italian city is Venice. It is this week at any rate. Until this week, and for the past year, my favourite Italian city was Verona (see ‘A night at the opera‘) and up until about this time last year it was Rome. I’d probably have been a big fan of Milan at some stage but an attempted mugging (albeit some years ago) does tend to taint one’s view of a place, no matter how beautiful it might be. And I’m pretty sure Rome will regain it’s favourite city status the next time I go there. Yes, I’m a fickle fellow, I admit, but for now it’s Venice for me all the way. Why? Because I’ve just spent a brilliant weekend there with Mrs Oz – one of my presents from my recent birthday-with-a-zero-at-the-end (see ‘A nifty fifty‘). 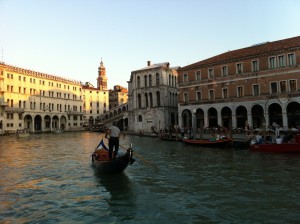 I’d never been to Venice before so I didn’t really know what to expect. The guidebooks either wax lyrical about the general loveliness of the place or bemoan the huge crowds, tacky tourist tat, extortionate prices and smelly streets. I suppose there were elements of all of those things, but the good bits far outweighed the bad bits.

Where the books are absolutely right is that you really do need to get off the beaten track to discover the real delights of Venice. So we spent two and a bit days getting completely lost in numerous tiny side-streets and generally exploring.

People who know me well will know that I’m somewhat directionally challenged. I frequently get lost and often feel quite uncomfortable when I do – a fact that my satnav, with its evil and somewhat unexpected sense of humour, delights in exploiting on a fairly regular basis, by getting me lost and then telling me that it’s lost too. So it took me a while to get my head around the fact that getting hopelessly lost can actually be quite fun. In fact it helped us to discover cafés, restaurants, ice cream shops and other treats that we otherwise wouldn’t have – such as the delights of sgroppino, a cocktail made with prosecco, lemon sorbet, vodka and cream. 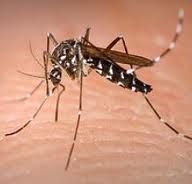 I don’t, however, recall reading in the guidebooks anything about the malevolence of the Venetian mosquito, who, it would appear, bites you twice just to make sure – either that or they hunt in packs (not unlike a like a certain type of tourist we observed on their guided tours, but I won’t go into that here). Nor do they mention the areas to steer clear of if you want to avoid being an unwitting blood donor. I was bitten mercilessly in the Canareggio region, which is as unpleasant as it sounds, whilst Mrs Oz also copped for it in the Dorsoduro area.

The most vicious attack happened on Sunday evening, while we were enjoying a meal in a lovely little garden at the back of a trattoria. I say enjoying, although the look on Mrs Oz’s face when the ‘typical Venetian antipasti’ arrived briefly suggested otherwise. Typically Venetian in this context means lots and lots of seafood. Whilst I quite like the occasional bit of seafood, Mrs Oz isn’t such a big fan. Partly because shellfish disagree with her (I could make some wise-crack about their bravery at this point but that would just be childish – and quite risky) and partly because she ‘eats with her eyes’ and there are certain things that she just doesn’t like the look of. Anything with tentacles or antennae for instance. So when this huge plate of squid and baby octopi and langoustines and soft-shelled crab turned up, she gave me a look that suggested I had a lot of eating to do. (Remind me to tell you sometime about a similar experience near Rome some years ago – similar but to the power of ten). In fairness, I often wonder what was going through the mind of the first person to come across a squid and think it looked good enough to eat but I suppose yumminess, like beauty, is in the eye if the beholder.

Anyway, talking of good enough to eat, we obviously were, because we were bitten to within an inch of our lives. Or, at least, to within an inch of our knees, starting at the ankles. It’s not like we hadn’t taken precautions. We’d liberally doused ourselves with what claimed to be mosquito repellent before going out. I supposed there’s no accounting for taste with your average mozzie, but the Venetian ones seem to positively like this particular brand. We had a bit of a count up and I beat Mrs Oz ten bites to eight. Of my ten, six are around my ankles, which currently look like my grandmothers used to (except without the support stockings). And itch? Cor, blimey, do they itch. But it’s ok, because we bought some mozzie bite itch lotion at the same shop where we bought the repellent. It’s about as effective. In fact, having now tried various liquids and unguents, none of which seem to make the slightest difference, I’ve found the most effective things by far to be a pair of shorts and an ice pack. It’s just as well I’m in the office today.

So, the relevance if this inane waffle to business continuity management? Surely there can’t be any this time? Well, I confess it was a bit of a challenge to come up with something, but here it is :

Firstly, things change over time (see also ‘One day at a time‘). In the same way that my favourite Italian city today isn’t the same as last year’s favourite, or that of two or five years ago, the strategies and solutions that are a) appropriate and b) available today may not be the same as those we decided on in the past. So we should revisit and review things occasionally, and change things where we need to.

Secondly, it’s not just me – other people can be fickle too. Whilst business continuity might have been their favourite activity last year, some people will almost certainly have discovered other favourite things to do since then. So we need to maintain their interest and give them a reason to stay interested.

Thirdly, as with our mosquito defence products, the business continuity world is teeming with products and services that promise all kinds of wonderful things. Some of them are excellent. But others aren’t. And even if you read the label carefully (the label in this case usually being the marketing blurb or the sales patter) you may well only find out how effective, or otherwise, a product is when you use it for real. So my advice would be to talk to someone who’s actually used it before making your investment.

At this point I think I’ll sign off until next time. Partly because I’ve gone on for far too long already, but mainly because I need to ice my ankles.

Andy is the author of three books ‘Practical Business Continuity Management‘, ‘Risk Management Simplified‘ and ‘Risk Management Made Easy‘, as well as his popular blogs and ‘Tips of the Month’, all of which aim to demystify the subjects of business continuity and risk management and make them more accessible to people who live in the real world.

4 responses to “(Bitten to) death in Venice”