A picture of professionalism

As you may be aware – particularly if I, or my co-conspirators, bombarded you with information about it in my shameless quest for votes – I was recently nominated for an award.

I feel duty bound to tell you that it was my pals at the Business Continuity Institute’s UK North Midlands Forum who put me up to it, and up for it. A few months ago a small group of them got together behind my back and hatched a furtive plot, only telling me when their cunning plan was almost complete. So I went along with it, was short-listed and a couple of weeks ago found myself at the awards ceremony at a swanky hotel in London. 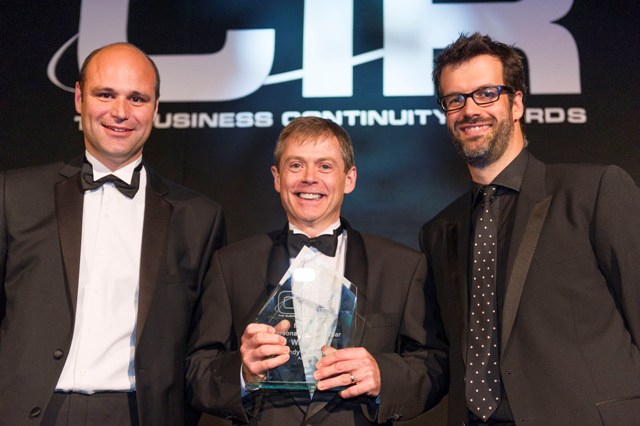 To cut a long story short, and at the risk of appearing to be blowing my own trumpet, I’m delighted to report that I won the “Industry Personality of the Year” award, thanks to the support of my industry friends, clients, colleagues, associates and readers of my assorted ramblings (in true award ceremony style I want to say thank you to all of you, without whom it wouldn’t have been possible, etc, etc).

Anyway, shortly before the event, the organisers asked for a mugshot of me to put up on the screen during the awards dinner. Which was fair enough. The trouble was that I didn’t really have any decent ones. The one I’d previously used on my blog, Twitter and LinkedIn profiles was a home-made job and not a particularly good one at that (not that I’m dissing Mrs Oz’s photographic skills you understand – she did her best with the time, facilities and equipment available, which boiled down to about five minutes in a pokey little meeting room with a cheap and cheerful pocket camera) and wouldn’t have looked very good enlarged to cinema-screen proportions. 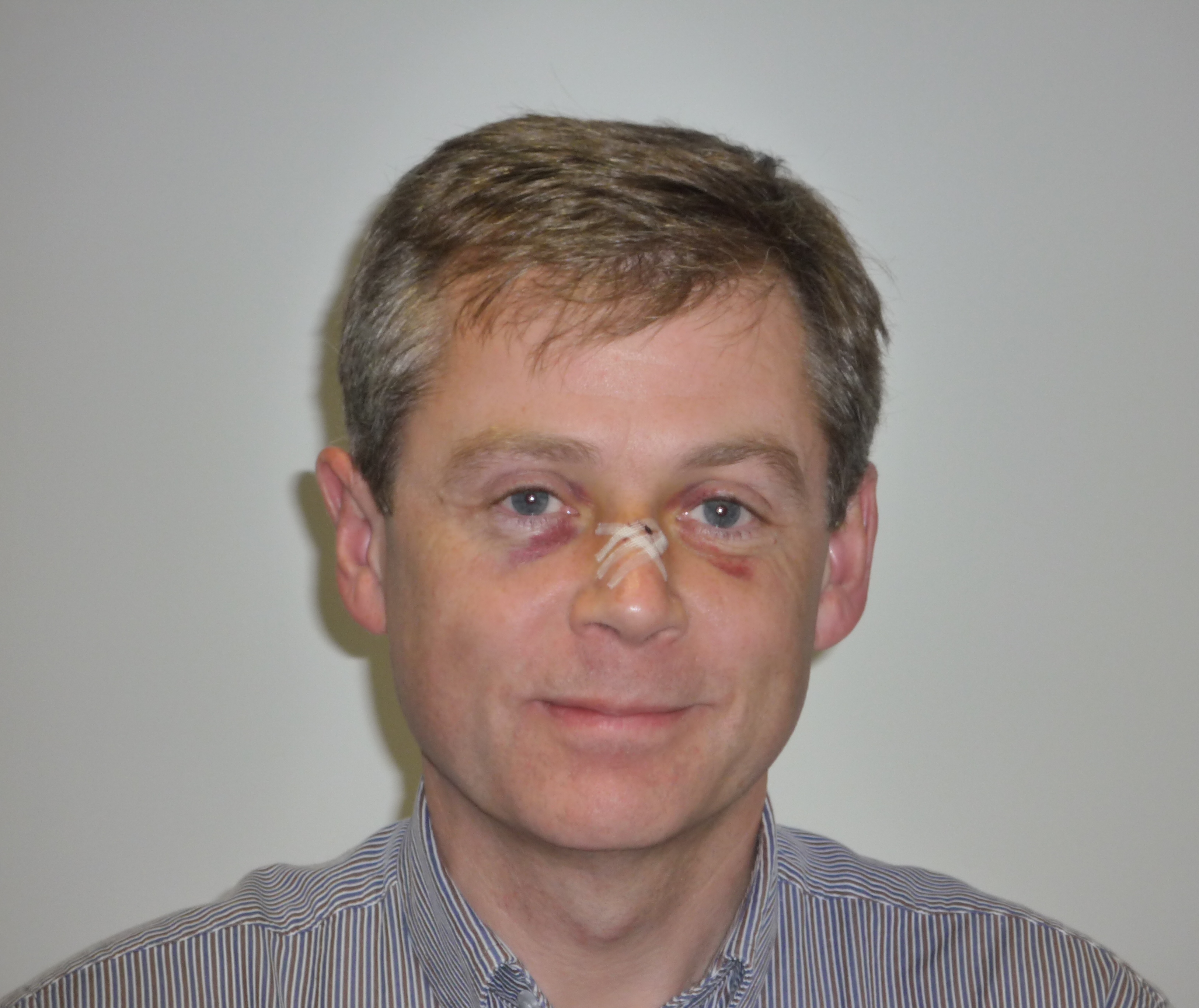 I had planned to have some such photo’s professionally taken a while ago. I’d even made the appointment, but the Saturday before the shoot I made the mistake of playing hockey. And, if you’re a regular reader, you’ll know what tends to happen when I play hockey. On this occasion, my Saturday afternoon run-out resulted in a none-too-photogenic aftermath in the form of a suspected broken hooter (see “Going head to head“) and a consequential postponement of the aforementioned appointment.

So when the request came through for a high resolution head and shoulders shot I hastily re-booked and dutifully turned up at the photographer’s studio.

Now I have to confess that I’ve never been particularly keen on being photographed and I’m spectacularly bad at holding a false smile, with the result that most photographs with me in them taken over the past several decades show me either looking decidedly miserable, grimacing like I’m in pain or looking a bit simple. None of which is a particularly attractive look, I have to say.

Dave, the photographer, was incredibly enthusiastic and set to in a frenzy of clicks and flashes. He made me pull several different faces and adopt a number of poses which I’m sure he thought were artistic but which I can only describe as poncing about. I humoured him as best I could, leaning on and against various items, looking wistfully into the distance and so forth while he merrily snapped away. At least he didn’t ask me to pout – I may have had to punch him if he had. 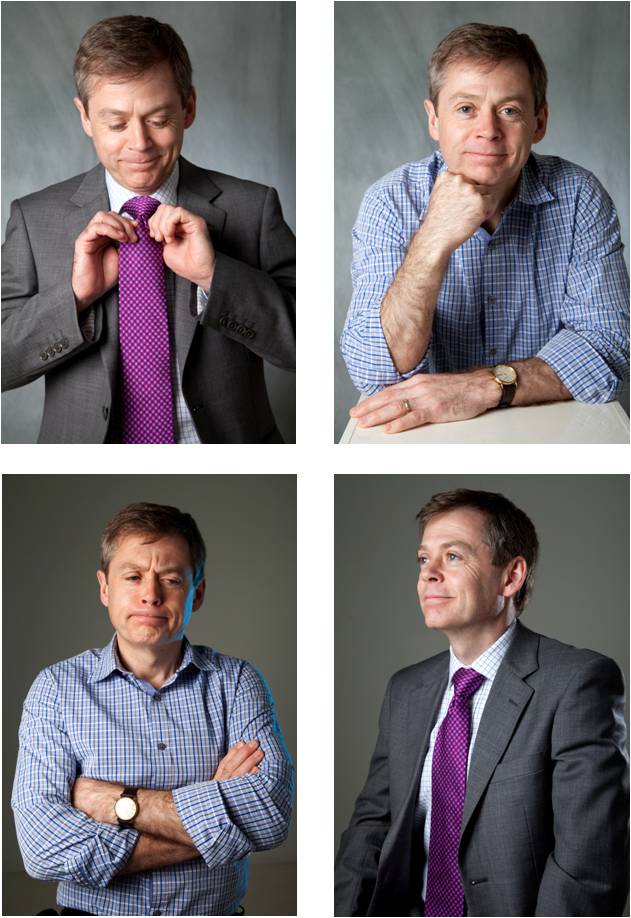 266 photo’s later (I kid you not) – about 250 of which made me look, in my humble opinion, well, a bit of a prat, really – we were finally done. I ended up with a CD containing about 70 photos, of which I’ve included a few here for your amusement (and my intense embarrassment). In fairness, though, they’re a million times better than my previous home-made efforts and some of them are actually quite good (not the ones I’ve included here, obviously!). Above all, they actually look professional, rather than the rather home-made-looking efforts I’d come up with previously on my own.

And that’s the point, really. Whether it’s photographs or DIY (see “A bumpy landing“) or producing business continuity strategies and plans, we can all have a go ourselves, or ask someone who’s never done it before to have a go for us, and end up with what we might think are passable results, but which are actually quite amateurish. Or we can employ, or at least ask for some help from, the professionals. People who actually know what they’re doing; who have some experience in the field and can give us the benefit of that experience – even if the process may seem a little uncomfortable at the time.

I would say that though, wouldn’t I? I am, after all, an award-winning business continuity professional! 🙂

4 responses to “A picture of professionalism”