A couple of blogs ago (see ‘It’s all geek to me’) I mentioned the fact that I’m not, shall we say, totally wedded to technology, at least not for technology’s sake. In that blog I also mentioned that I’m an aficionado of the humble paper diary. Whilst I admit it’s not particularly shiny or whizzy, my paper diary has some distinct advantages over its modern-day counterparts. For instance, it’s always instantly available, the battery doesn’t run out at the least convenient time, it never needs powering off and on to make it work properly and, best of all, it doesn’t make irritating noises when I use it.

That said, because I do actually have a crack at living in the 21st century every now and then, I maintain an online calendar too. And, I have to admit, it’s jolly useful as it sends me little reminders, allows me and my clients to send each other meeting invitations and Mrs Oz can access it at the touch of a button. It doesn’t, however, beep, ping, play music or make any other ridiculous noises when doing so, all of which I consider to be an unnecessary annoyance – if only everyone else felt the same (incidentally, you probably know this already, but it is actually possible to turn those sounds off – just saying). In pretty much all circumstances, though, my paper diary is still my first port of call. You may think me odd, but I just prefer it, simple as that.

For many  years I’ve used the same month-to-a-page, day-to-a-line, time-delineated version, from the same supplier. Because it works for me and I subscribe to the ‘if it’s not broken why fix it?’ school of thought. Said supplier has its headquarters in Holland, although that’s only tangentially relevant to this story. Sadly, I was unable to procure one this year as it seems that after twenty-something years, the supplier has decided to pull the plug on that particular product in favour of their digital offering – which, sadly, I won’t be buying.

So Mrs Oz did some research, eventually found something similar to my old diary, from a supplier in Germany, and ordered me one. It arrived a couple of days later, well within the indicated delivery time. So far so good. 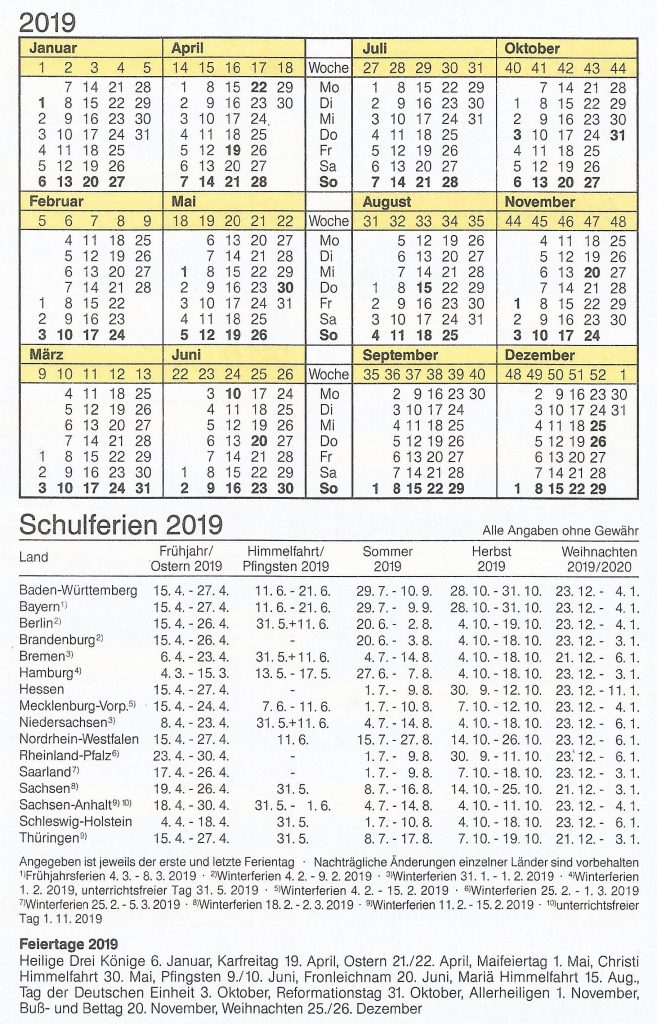 The diary was almost perfect. Month-to-a page, day-to-a-line, etc, just as I wanted. The trouble was it was in German.

As there had obviously been a mistake, we thought we’d just exchange it for an English version. The small fly in the ointment was that they don’t actually do one. To paraphrase Henry Ford, it seems you can have any language you want from this supplier as long as it’s flipping German.

So we both scoured the internet for a suitable English-language equivalent elsewhere and drew a complete blank. It seems that, outside of Germany, the only country on the planet whose residents are on the same wavelength as me (at least in the diary stakes), there’s no demand for the type of diary that I favour.

On the plus side, I now know my German days of the week and months of the year (which, in fairness are a piece of cake as they’re mostly the same as in English). I also know the German for Mother’s Day (Muttertag – who’d have guessed?) and that it’s in May (or Mai, as we spell it in German), rather than March (März, in case you were wondering), and Easter Sunday and Monday (Ostersonntag and Ostermontag respectively) are on the same dates as in England . Slightly less crucially, I now know the dates of the major trade shows in the main German cities for any given month (at least I can recognise the names of the cities, if not the events), none of which I have the slightest intention of attending.

In a previous life, I did actually pass my German O’ level and followed it up with a year of German A’ level before I got bored with reading, in English, weird stories that happened to have been written by German authors. My school evidently didn’t see any merit in us actually being able to communicate with German people. But that was a very long time ago and, until I got my new diary, the only German words I could remember were those for speed limit and hangover, neither of which were particularly useful to me on the two occasions I’ve visited Germany.

Firstly, our plans need to be understandable and easy to follow. If they’re not, they’re unlikely to be effective, or may not be used at all. To this end we business continuity ‘experts’ really should refrain from filling them with words, phrases, abbreviations or jargon that seem like a foreign language to the reader.

Secondly, despite what is, in my experience, clearly a common belief, a negligible amount of education a long time ago doesn’t make you an expert at something. Regular practice is needed in order to become proficient. So a single training session or exercise in the dim and distant past probably isn’t going to be overly helpful when the stuff hits the fan.

After using my new diary for a month, I now know my Dienstags from my Donnerstags and my Samstags from my Sonntags. It hasn’t been all plain sailing, however, and I’ve had a couple of close calls with meeting bookings. I’ll persevere for the time being, though, and continue to look for a suitable English version of my favoured diary before this one runs out next März. If not I may have to bite the bullet and move kicking and screaming into the modern world. Either that or move to Germany.

Related articles : ‘Mind your language‘; ‘It’s not big and it’s not clever‘; ‘Sticking it to them‘