I’ve just returned from a trip to the dentist. Not one of my favourite outings at the best of times, for reasons which I’ll come to, but it had to be done.

It started with a bit of tenderness in one of my back teeth when I chewed on that side. This developed over the course of a few days into full-blown toothache. After a few days of increasing discomfort and a couple of nights of disturbed sleep I decided that I really ought to do something about it. Recalling a previous experience of booking a dental appointment (see ‘Is it just me (part 2)’), I was pleasantly surprised to be offered one the same day, without even being asked if it was an emergency. Unfortunately, things went downhill from there.

I arrived bang on time, then sat in the waiting room for half an hour, at which point the receptionist appeared and announced that the dentist was delayed due to a CQC inspection. My fellow waiting room occupants and I looked at each other blankly but, before we could ask, the receptionist had turned tail and fled. Thank goodness for Google. In the interests of balance, I should say that other search engines are available. I know this because my anti-virus program (no prizes for guessing which one) rather irritatingly and completely unbidden, regularly resets my default search engine to one I don’t want and didn’t ask for – which is why I won’t be renewing that particular subscription when it expires. Anyway, Google told us that CQC stands for the Care Quality Commission, a body that clearly doesn’t care very much about preventing the recipients of said care from receiving it (at least one of whom was suffering from a raging toothache and a rapidly developing sense of humour bypass) when there are boxes to be ticked. 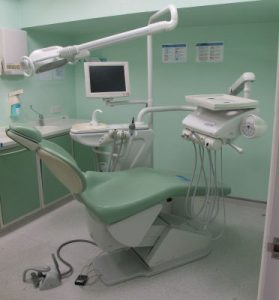 I was finally called through to the treatment room, or torture chamber as I tend to think of it, as a result of a horrendous experience with a tooth extraction in my youth – not inflicted by my current dentist, I hasten to add. On that occasion, the dentist, a charming but rather petite and, as it soon became painfully apparent, somewhat feeble lady, had four goes at pulling out a tooth, having, incidentally, not waited for the anaesthetic to work first. After tugging away for what seemed like hours, there was a loud ‘crack’, and half of my tooth went skidding across the floor. This happened another three times before she eventually admitted defeat and called in a colleague, a somewhat burlier and more robust individual. He selected a pair of pliers with tiny jaws but ridiculously long handles and resumed the torture. Eventually, after putting a knee on the chair at the side of my head to gain additional purchase (yes, really!), he managed to drag the little blighter kicking and screaming from my jaw. My brother, who had been waiting for ages to give me a lift home, told me I was actually green when my tormentors finally deposited me in a crumpled heap back in the waiting room.

Ah, those trips down memory lane.

Back to the present. I was trussed up in a paper bib and donned the obligatory safety glasses (presumably to mitigate the risk of the dentist missing my mouth completely and sticking something sharp into my eye by mistake) and opened my mouth to allow the onslaught of tubes and metal implements of various shapes and sizes. After a bit of poking and prodding he declared that he couldn’t see any obvious problem with the offending tooth, so he pulled up my case notes on his computer. It transpired that I’d had an issue with the molar in question about three years ago and he’d indulged his creative side in an effort to avoid a root canal filling. Given that it had done the trick for three years, he suggested a similar treatment, to which I agreed, on the grounds that I know what a root filling is like and would much prefer to avoid, or at least delay, going through it again.

At this point I had less than fifteen minutes left on my parking ticket, so he suggested that he numbed me up and I went to feed the meter whilst the anaesthetic kicked in. Good idea. It did, however, mean that on my return the lady who was next in line was now firmly in line and being treated, so I had to return to the waiting room for another ten minutes. When I was recalled to the treatment room, I happened to glance at the chap sitting opposite me. He had a face like thunder. He must have thought he’d be going in soon, but had then realised that he had even longer to wait. I really hope he made his feelings known to the CQC box-tickers.

I was kitted out in the personal protective equipment again and the dentist got to work. He drilled to about the depth of your average Texan oil well, by which time, despite the best hoovering efforts of the dental assistant, my mouth was littered with a huge amount of dental detritus. “Have a quick rinse”, he said cheerily, at which point I reached for the beaker at the very moment his assistant picked it up to pass it over, which resulted in me wearing its contents. Now I don’t know about you, but I find it degrading enough lying prostrate in a bib and a pair of ridiculous plastic spec’s with my mouth wide open, whilst two sadists shove all manner of stuff into it, without doing so with a large wet patch on the front of my trousers – and the realisation that in a few minutes I’m going to have to walk back through the waiting room with the wet patch still there for all to see.

Anyway, the dentist resumed his excavation and eventually announced that he’d reached his goal. I investigated the resulting hole with my tongue, as you do. I reckon I fitted about three quarters of my tongue into the gaping chasm but manfully managed not to faint. I rinsed the resulting rubble from my mouth and he continued, which involved a bit more prodding and scraping and a couple of blasts of cold air on the exposed roots – why do they do that? He then got his assistant to mix up some gunky stuff that tasted absolutely foul as he stuffed it into the cavity (and dropped some of it onto my tongue), followed by an industrial quantity of filler which he trowelled into the remaining hole. “I’m hoping this will sort it out for you” he said, in what I perceived to be a slightly less-than-confident tone. “At ood ge goog” I managed in reply. “We’re done then” said the dentist. “Ank oo” I replied, deciding not to even attempt “very much”. And off I went, with my painkillers and antibiotics, and my wet patch, to pay the extortionate bill.

“So what does any of this have to do with my business continuity plan?”, I hear you ask (although that might just be the voices in my head, curse them!)

Firstly, the things that really matter can be seriously hampered by ‘interested’ parties, whether they be colleagues, senior management, regulators or whoever. A classic example is the IT techies trying to fix a problem being prevented from fixing it by lots of ‘important’ people asking when the problem’s going to be fixed. Which actually does no-one any favours. So it’s a good idea to think about, and include in our plans, processes for communicating with these interested parties that don’t impinge on those actually doing the work.

Secondly, I know there’s no rational reason why visiting the dentist should bother me so much. But I’m still carrying the baggage of my previous horrendous experience, even though it happened a very long time ago. So I still tense up every time I sit in that chair. And, amazing as it may seem, not even a video of tropical fish on a TV screen bolted to the ceiling can relax me. Other people have baggage of their own that we don’t necessarily know about, but which might make things difficult for them, or even render them incapable of involvement in certain situations. So why is it that the vast majority of crisis/incident management and business continuity plans fail to take this into account and make huge (often incorrect) assumptions about what people will be willing and able to do?

The good news is that my toothache has gone away. The bad news is that the filling is a temporary one, as the dentist wanted to make sure that the other stuff he did has actually worked before I have a permanent one. So I have to go through it all again in a week or so. Well, hopefully not all of it – but, just in case, I think I’ll ask for a longer bib next time!

One response to “Baggage allowance”